Tyrewarmers for motorbikes and cars, accessories for racing 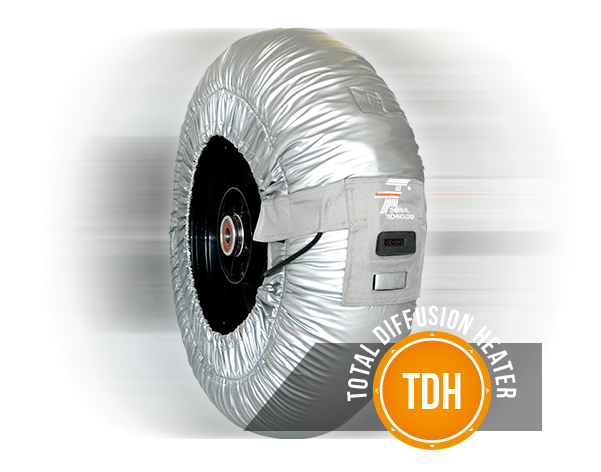 IDENTITY AND NEWS FROM THERMAL

Thermal Technology was born in 2001 and, as it happens sometimes, destiny played its part. During those years, the company dealt with clothing, until the day a customer asked to manufacture tyre warmers for motorcycles, taking advantage of its skills in the textile field. That order was not actually concluded, but the project continued after finding the most suitable technologies for the purpose. From the very first moment, the company decided to use carbon fibre filaments as a heating material due to its reliability and resistance, two fundamental characteristics for use on track.

Already in 2002, several thousand electric heating blankets were produced, while in 2003 the double T logo was created, a symbol of the company's products.